Home›Technology›Face Detection Vs. A Simple Code: What Are Smartphone’s Safest Locking Options?
Technology

Face Detection Vs. A Simple Code: What Are Smartphone’s Safest Locking Options? 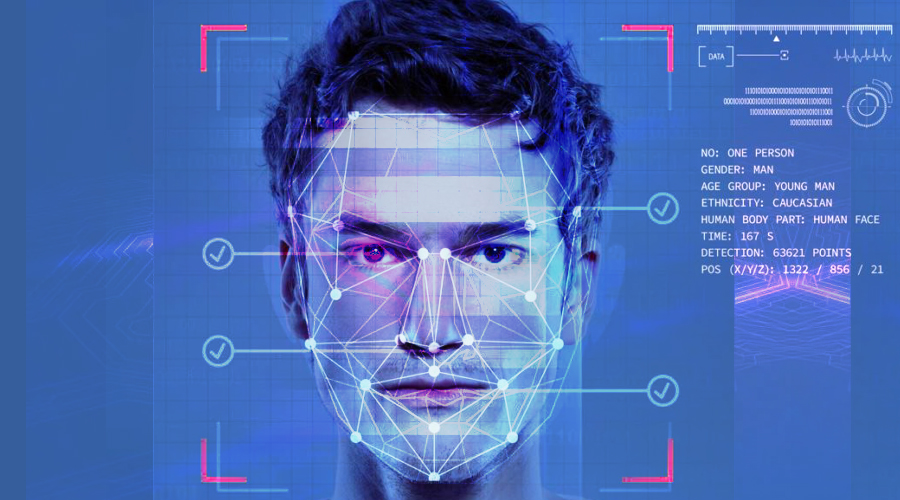 Consider that our smartphones contain far more information about us. It knows who your contacts and acquaintances are, captures glimpses through images and videos, understands where you’ve been and where you’re going, your surfing habits, your BANKING TRANSACTIONS, and your shopping habits; it knows almost everything about you.

But how safe is your smartphone against eavesdroppers and cybercriminals? I hope your privacy is protected by a security mechanism on your electronic device.

Surprisingly, nearly one-third of smartphone users do not even attempt to safeguard their devices with the most basic 4-digit passcode. Now there’s a security breach you should never commit.

There are currently a variety of techniques to secure and unlock our phones, including face scans, fingerprints, irises, passcodes, and patterns. Which items are safer than the others? Which should you utilize? Continue reading, and let’s address each one individually.

In place of a code, a password, or a PIN, Android users can unlock their phone with a pattern password. However, this is the least secure method of locking your phone.

In a report published in the Sessions of the Annual Computer Security Applications Conference, researchers discovered that when participants viewed a video of someone entering a pattern to unlock their phone only once, they might repeat it after memorizing it 70% of the time.

This increased to 80% if the individual viewed the video more times. The study duplicated the widespread password-copying technique known as shoulder-surfing, in which an attacker surreptitiously observes a user entering their password.

The authors hypothesize that graphic patterns are more straightforward to memorize than random integers. However, if you must employ a design, there are techniques you may apply to ensure its security, such as beginning from different points.

“Most insecure are patterns.Selection bias exists. Maximilian Golla, a security researcher at the Max Planck Institute for Security and Privacy, says “users usually start from the top left corner, which helps an attacker predict the proper pattern.”

Nowadays, the majority of smartphones come with facial recognition technology. Consequently, the phone can be unlocked simply by gazing at it. The process is quicker than iris or fingerprint unlocking without compromising security.

Unfortunately, the 2-D form of this biometric security device is simple to defeat. Mobile devices like Samsung Galaxy S8 have tested and demonstrated this flaw. To trick 2-D facial unlocking systems, all a would-be hacker truly needs is a photo of the phone’s user.

Please use fingerprint scans, passcodes, or eight-node pattern unlocking instead of 2-D facial recognition if your phone has that option.

This takes us to 3-D facial scanning, which is used in Apple’s Face ID and other more secure facial recognition systems.

Together, these sensors flood your face with 30,000 invisible dots that monitor it in 3D and generate a pattern on your iPhone. Each time you glance at your phone, the face recognition algorithm matches your appearance to what it sees.

Apple stated that the odds of someone fooling Face ID are one million. Which is substantially superior to TouchID’s odds of one in 50,000. Face ID is also clever enough to accommodate everyday user changes. It can still monitor your face even if you alter your hairdo, grow a beard, or wear hats and scarves.

Iris scanning is more secure than fingerprint scanning since it’s more unique. Some Samsung Galaxy devices feature the technology, although scanning an iris can take longer because the user must stare directly at the sensor. Consequently, it is the most secure biometric authentication method available.

Since Apple’s Touch ID, fingerprint scanners are safer than passcodes. Apple says a fingerprint can deceive Touch ID 1 in 50,000 times

As biometric fingerprint technologies are used to unlock phones, authorise applications, and process payments, their security is vital. Even though security researchers have been able to take a fingerprint and produce latex replicas to mislead Touch ID, the average user shouldn’t be worried. However, fingerprint scanners remain superior to passcodes and pattern unlocks as security measures.

If you ask me

As for your device’s most secure protection approach, providing a precise response is difficult because everyone’s circumstances are unique. However, if you are neither Adele nor Timothee chalamet, your fingerprint sensor or iris scanner is likely the superior security mechanism for the time being, if only to reduce the likelihood that someone could guess your password or watch you input it. As previously said, neither biometric nor non-biometric security methods are foolproof. So,all we can do is work with what we have, being careful and acutely aware of each security method’s limits and watching as they improve over time.

QB data service is a software development company established in the United States that specialises in offering organisations all over the world with individualised technological solutions. QB data service is a company that specialises in the development of mobile and web-based applications, and it employs over 2,800 skilled software developers. In order to deliver enterprise-grade solutions, the company combines its technological expertise, specific domain experience, and a passion for excellence. Communication Happening in Real Time Our application developers adhere to your time zone so that real-time collaboration and a genuine "branch location" atmosphere may be achieved. This helps to ensure that we are always available during your operating hours. Support and scalability of the system We define strategies and a dedicated team for your software development project based on your objectives, and we work with you to achieve those objectives so that you receive the most value and the quickest return on investment possible. Expertise Pertaining to One's Industry Our software developers are divided into virtual divisions, each of which carries the domain experience and know-how necessary to provide outstanding application development solutions. Who Owns the Source Code and All Other IP After the completion of the project, there will be no need to pay any licencing costs for our totally customisable software solutions. According to the terms of our agreement, you will have full ownership of the source code as well as the intellectual property associated with your proprietary software. QB data service takes great satisfaction in possessing comprehensive industrial and technology experience, which enables the company to design, integrate, and implement genuinely exceptional custom software solutions for its customers. In order to achieve this objective, QB data service has developed a broad ecosystem of connections with the most influential figures in both industry and technology. Our ability to advance our clients' technological goals through the development of bespoke software solutions is entrusted to us by businesses ranging in size from small to mid-sized to those in the Fortune 5000. Hi, I am James Aaron, a professional Data recovery Engineer, working with Quickbooks Data Services as a consultant from the past five years in the USA. I am a specialized and trained Cloud consultant who helps a small and medium-sized entrepreneur to track & manage their company file and a database online at any time from anywhere. reset QuickBooks password | QuickBooks Error 3371 | QuickBooks Error H202 | QuickBooks outlook is not responding | QuickBooks unrecoverable error | QuickBooks Tool Hub | QuickBooks 2022 keeps crashing | QuickBooks restore failed | QuickBooks migration failed unexpectedly | QuickBooks Error 1712 | this company file needs to be updated | QuickBooks Error PS038 | QuickBooks Error OL 222 | QuickBooks missing pdf component | QuickBooks update error | QuickBooks 2020 discontinued | QuickBooks Bank transactions not updating | QuickBooks Error 1603 | QuickBooks Data migration services | QuickBooks Data Conversion services | QuickBooks Data Recovery services